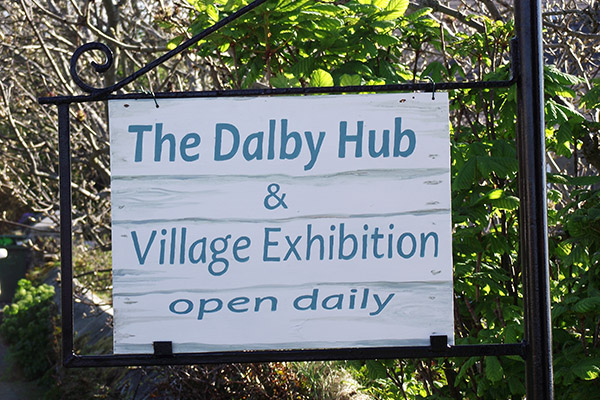 Each year the Manx Lottery Trust supports as many as 60 projects and initiatives in the Isle of Man, awarding financial grants for the benefit of local people in the community.

The Trustees meet multiple times a year to consider funding applications, making sure to carefully research and discuss each submission fairly and strategically, with the aim of supporting as many deserving causes throughout the Island as possible.

In Autumn 2015, Dalby Church Steering Group was awarded £18,121 by the Trust to help fund the renovation of a new community space in the west of the Island, The Dalby Hub.

Situated in the basement of the church building, it was originally designed as a home for the local School Master but only used briefly due to damp. Following that it served as a young men’s club and then offered shelter for the local farmers’ sheep, before becoming a craft centre in the 1980s.

Unfortunately it fell into disrepair and by 2015 had developed serious problems due to water penetration through the back walls.

The renovation was a major project which involved correcting years of damp, rewiring the two unused rooms, replacing the floor slab, renewing the ceiling, tanking walls and fitting new plumbing.

Following completion of this phase of the project, Manx Lottery Trust awarded a second grant in 2017 to assist with the equipping and refurbishment of the space. This included fitting a disabled toilet, shower unit, wood burning stove, kitchenette and additional electric heaters, finishing off with some final touches to turn it into a modern and pleasant space.

Three years on, thanks to the funding from the Manx Lottery Trust and fundraising efforts of Friends of the Church, the renovation and refurbishment is complete and the Dalby Community Hub is a welcoming space for the people of Dalby and beyond.

Now an integral part of the local community, the multipurpose meeting room is used by villagers and the wider community for workshops, teaching, games and an informal meeting space. It regularly holds gatherings such as ‘The Hub Pub’ on the first Friday of every month, where members of the community are invited to come together for an evening of food, drink, socialising and laughter.

‘Our Roots’, a carefully put together exhibition celebrating life in Dalby Village, is also on display in the Hub. It was created by locals to reflect the life, landscape, and people of the village through photos, articles and storyboards, and attracts visitors from across the Island.

Volunteers have also opened ‘The Village Shop’ within the secondary room, a not-for-profit community shop showcasing the best of Manx produce. It stocks a range of quality items from daily essentials like Manx milk, cheese, butter and bread to artisan goods, crafts, clothing and cleaning products!

Earlier this year, the trustees of The Hub were granted planning permission to use the building as hostel accommodation. Situated on a long, winding section of one of the Island’s coastal footpaths, the Hub can offer single night accommodation for tired backpackers as well longer stays over TT Week and the Festival of Motorcycling. The comfortable, spacious lodging will be ideal for walkers and bikers and generate extra income to help with maintenance of the much-loved building.

The church steering group, members of the church and wider local community are incredibly grateful to Manx Lottery Trust for its support in this large-scale project.

Margy Killey, from the Dalby Community Hub, said: ‘We simply couldn’t have done it without them, from the bottom of our hearts - thank you Manx Lottery Trust.’