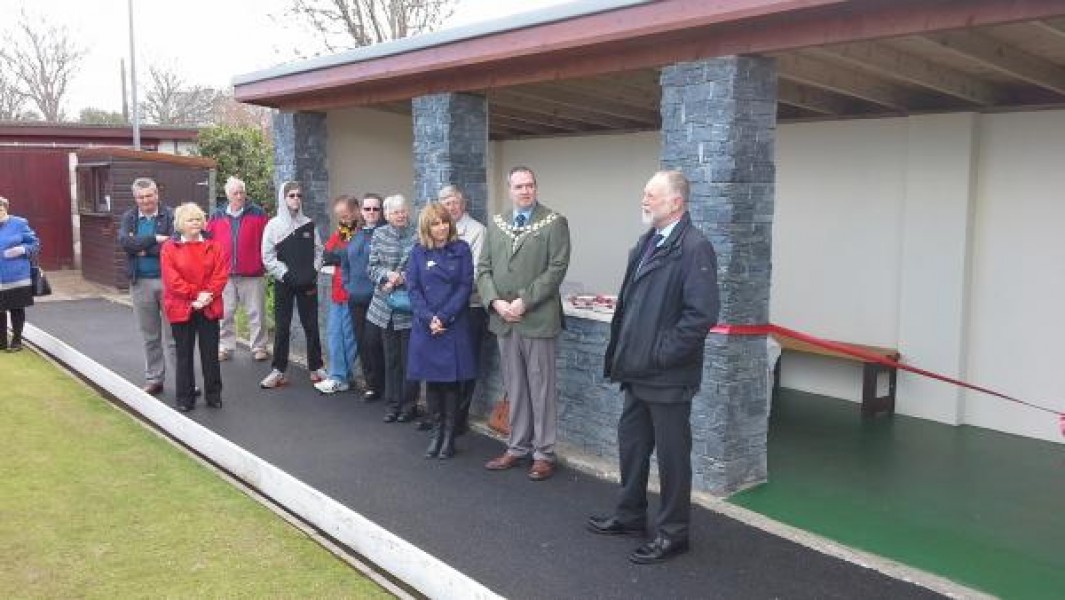 The Official opening of the new shelter at Castletown Bowling Club took place on Sunday 19th April 2015. President, Ron Williams told all gathered that the finished shelter had only been possible through the committment and hard work of club members and that a grant of £8,000 from the Manx Lottery Trust, as delegated partner of Big Lottery Fund, had greatly assisted the club in completing the project earlier than initially envisaged.